NEARLY seven million people tuned into The Great British Bake Off final last year – but there are a number of secrets viewers at home are unaware of.

While most of us are keeping an eye out for cake disasters, Prue Leith’s piercing comments and Paul Hollywood’s legendary handshake, there’s a lot more happening behind the scenes.

Many aspiring and talented bakers will reckon they deserve a spot on the show after spotting broken biscuits, sponges dropped on the floor and terrible icing designs.

But competing on bake-off is nothing like you would expect, according to 2019 contesting Jamie Finn.

Tea student and Arctic Coffee promoter revealed several sneaky camera tricks used by the crews and how even the presenters employ tactics to put you off. 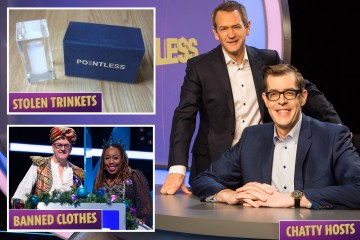 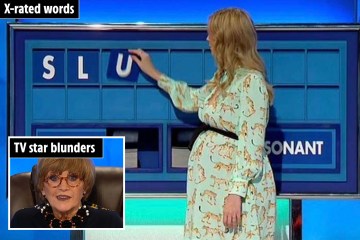 ‘Eight cameras film you at once’

Ever wondered how the bake-off cameras are able to catch that hilarious moment when someone drops their sponge on the floor or their filo flops?

Well according to Jamie it’s because they have “loads of cameras everywhere” and the crew are “very clever” so that they “never miss a moment”.

He estimated at least eight people are filming you at any one time, including some who walk around with hand-held cameras and others fixed in the middle aisle of the tent.

Jamie, from Surrey, told The Sun: “If you’re about to bring out your cake they will send someone over just in case it cracks because it’s funny to watch.

“The team asks you to let them know when you’re about to do it but even if you try to do it secretly, the cameramen are so on the ball and will catch you out.

“You’ve got to be a good sport, these are very human moments. It’s so relatable because everyone’s dropped a biscuit on the floor or made rubbish icing.”

Jamie claims there’s another, even sneakier, tactic they use – listening into your conversations and anything you say to yourself while baking.

He said: “You always have your mic on so I imagine if you say something like, ‘Oh crap! What’s going on here!’ someone will hear it in the back room.

“I’m sure they then tell the cameramen to race over to that person to catch that funny shot. They are professionals and those moments make the show more entertaining.”

Paul & Prue can ruin your bake

Jamie quickly became a fan favorite – but unfortunately, by week two he was eliminated.

It followed him narrowly dodging the chop in week one when he forgot to put eggs into his showstopper and came last in the technical round.

In the biscuit week, he came last in the technical again and his messy showstopper finally saw him given the boot.

“You’ve got a million things going on in your head and normally at that point you’re told Paul and Prue are going to come over and speak to you,” Jamie said.

“I was a bit nervous and didn’t want to be doing anything too complicated so I could pay attention to them.

“In the end, I thought, ‘I’ll just mix my cake batter, that will be easy’ but I was wrong.

“While I was talking to them I was distracted and forgot to put my eggs in the mix. Then when it came out like cement I couldn’t work out why.”

While Paul and Prue’s unfortunate timing arguably cost him the chance to progress to the next round, Jamie insisted they weren’t to blame.

He said: “It was just a silly mistake and was my fault. It was probably everything going on and a little bit of nerves.”

Viewers at home will likely be puzzled how the contestants always seem to be so bad at timekeeping – but there’s a surprisingly simple explanation behind it.

Jamie said: “It’s really hard to keep track of the time because you cannot wear your watch for continuity reasons. However, you are allowed to stop watch.

“You are allowed to have a wristwatch in your drawer but there’s so much going on it’s hard to go over and check it.”

Bring your own ingredients

Thankfully Jamie revealed that contestants “don’t have to make a run to Tesco” to ensure they have all they need to bake before filming an episode.

He said: “As long as you give them enough notice they will get your ingredients for you.

“But people are only human and they can make mistakes so sometimes you bring in your own stuff – especially if you’re worried they won’t be able to get a certain brand or item.”

Jamie claims this fear of not everything going to plan leads many contestants to buy their own supplies, as well as using their own equipment too.

“It’s just easier to keep using the same cake tins that you use at home. You don’t necessarily want a new one when you’re under pressure,” he said.

“The teams clean your utensils after filming has finished and often turn up with a big bag of baking stuff.

“We found it really hard to remember whose spatula was whose and so we had to put stickers on everything.

“It was an absolute nightmare for the crew, they had to run back and forth between the tent to try to find all of our stuff.”

Bake Off fans are often surprised when they hear contestants haven’t had time to practice their bakes more than once and sometimes they have never done it before.

Jamie explains this is partially due to the show’s lengthy filming schedules, which take place at the weekend as during the week the bakers hold down full-time jobs.

He said: “It’s always longer to film at the start because there are more contestants. On Saturdays it took up to 12 hours from 7am until 7pm but Sundays were often shorter.

“I found it difficult because I’m a night owl and we had to get up at 6am. By the time you’re back at the hotel, most people just want to order room service and go to bed.”

Follow the recipe – As long as you stick to the instructions and weigh out everything you can’t go wrong. While cooking is an art, baking is a science.

Take risks – Try to impress the judges BUT only if you know you will have time to complete your bake.

Fallback plans – Cooking in the tent is way more stressful and everything takes much longer. So have a plan for what you can cut so you can put something out in time.

watch the clock – While four-and-a-half hours seems a lot of time to bake, the time will vanish before your eyes. Don’t casually mix or make your icing, every second counts.

don’t be the best – You don’t have to be the best baker to stay in another week, all you need to be is not the worst. So make something you know you can do and make it good.

Taste trumps all – There’s no point baking the Eiffel Tower if it doesn’t taste as good as it looks.

You’ll never be your best – In the Bake Off tent it’s a really lovely environment. You’re talking to contestants, who become like your best mates in school. So of course, you’re never going to bake as well as you did at home. So give yourself extra time.

Be yourself – You don’t have to lie and pretend you worked in a boulangerie – a French bakery – just be yourself.

chill out – If you take it too seriously you put even more pressure on yourself. Have fun and enjoy it.

Pleasing the judges is no easy task and if you’re planning to nick one of Paul or Prue’s recipes think again.

Jamie said: “You can’t use recipes that already exist. You have to make your own and create something that is brand new.

“They will check your recipe to make sure you haven’t stolen it from anywhere and that it isn’t online already too. It’s for legal reasons.”

More than 12,000 apply to be on the Great British Bake Off every year – but getting on to the show isn’t as easy as you think.

While it starts off with an online form there are multiple rounds and interviews that follow as well as quizzes on your culinary knowledge.

On multiple occasions, hopeful contestants have to bring in what they have baked for judges to try too.

Jamie joked: “You could just go to the bakery and buy something because they take your word for it’s yours. I would never have done that though.”

Then after going through all the producers’ tests and trials, there’s a mock technical challenge in London, which he says was “really fun”.

Jamie encourages anyone to apply even if they don’t think they are good enough.

He said: “It was so much fun and even three years on I wish I was still on the show and could enjoy it. Who knows maybe they will allow me on again in the future.”

The former TV star admits baking is especially important as stress relief and to maintain mental health as the nation returns to normality after the pandemic.

It follows an Arctic Coffee survey that found a third of Brits fear burning out and more than half feel more tired than in previous years due to making up for lost time.

They shared a number of tips to help keep your mental health in check, to read them click here.