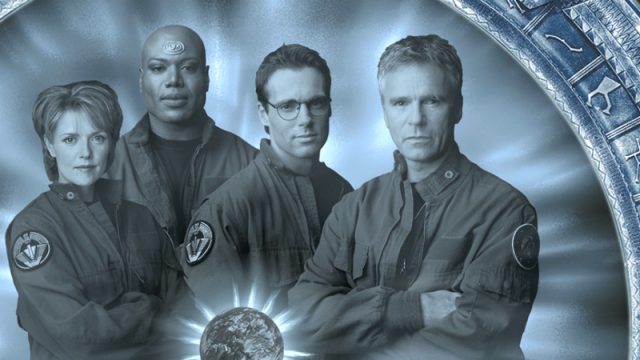 We get this question a lot: How can I watch Stargate episodes and movies online?

Whether you are brand new to the Stargate franchise or just looking to revisit a favorite episode, there are places you can legally watch Stargate SG-1, Atlantis, SGUand the movies on the Internet – at least with the right subscription. (Episodes and full seasons are also available for sale, if you’d rather download it to own. A complete Blu ray collection is also now available.)

Here’s a quick and handy guide for where the shows are currently streaming for US viewers.

Outside the US check these and other digital streaming services and retail outlets. Rights differ from one country to the next, and they change from time to time.

(Note: GateWorld receives a commission from purchases made through Amazon links. Thank you for supporting the site!)

If you are watching through the entire franchise, check out our Key Episodes watch lists Recommended Viewing Order!

Only want SG-1’s episodes that are important to the ongoing storylines? Cut your viewing time in half with GateWorld’s Stargate SG-1 and Stargate Atlantis.

We will try to keep this guide updated as things change. If you know of a change in one of the show’s online availability, please drop us a tip!

Where to Watch: Netflix, Pluto TV

netflix: All 10 seasons are currently streaming on Netflix. When last we checked Seasons 1-4 are in 4:3, and Seasons 5-10 are in 16:9 widescreen. (Note to new viewers: Netflix has erroneously labeled the entire series as “TV-MA,” though adult content — a scene with full-frontal female nudity — appears only in the first episode.)

Pluto TV: All 10 seasons are streaming for free (with ads) on Pluto TV. The service has both an On Demand section and a 24/7 Stargate Channel, and is available in more than two dozen countries. These are the widescreen episodes (and the first episode includes nudity).

Here’s the order we recommend you watch them in — especially if you are mixing Stargate Atlantis in there, too.)

Video Quality: For the best quality available, pick up the show on Blu-ray or DVD. Netflix has the 4:3 aspect ratio for several seasons, and streams at a lower resolution. The picture will improve as you go, however: Stargate SG-1 changed to HD digital cameras starting in Season Eight. 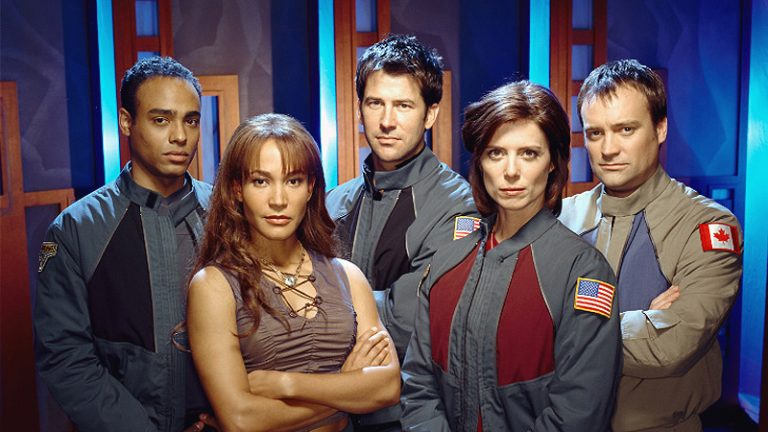 Where to Watch: Hulu, Pluto TV

Hulu: All five seasons of SGA are available to watch with your Hulu subscription. Hulu costs $5.99 per month with ads, or $11.99 per month ad-free.

Pluto TV: All five seasons are streaming for free (with ads) on Pluto TV. The service has both an On Demand section and a 24/7 Stargate Channel, and is available in more than two dozen countries. (When last we checked, two episodes are missing from Pluto’s On Demand section: Season Two’s “The Long Goodbye” and Season Three’s “Irresistible.”)

Video Quality: Stargate Atlantis is available in both HD and standard definition. (At retail, HD of course runs a few bucks more.) Streaming services will stream the highest quality your Internet connection is able to handle, up to 1080p. 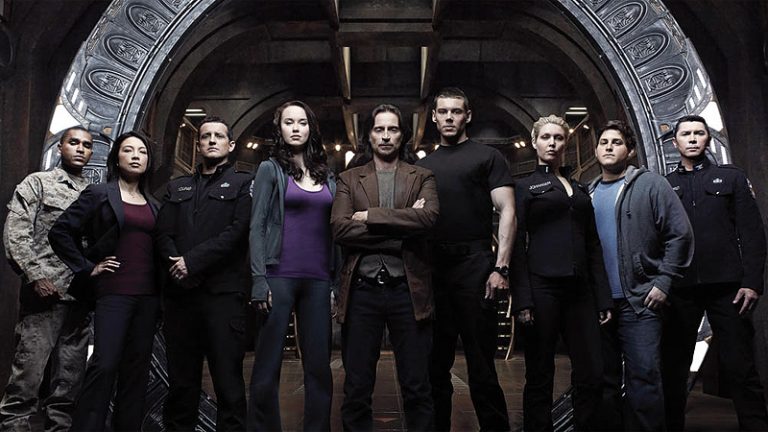 Where to Watch: Pluto TV

Pluto TV: Both seasons of SGU are streaming for free (with ads) on Pluto TV. The service has both an On Demand section and a 24/7 Stargate Channel, and is available in more than two dozen countries.

Stargate Universe is not currently streaming with any paid subscription service in the United States.

Video Quality: Stargate Universe is available in both HD and standard definition. 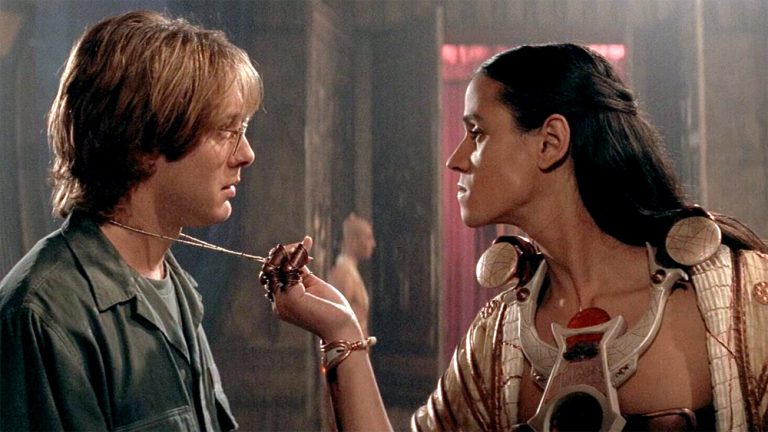 Where to Watch: Pluto TV, Tubi

Pluto TV: All three films are currently streaming free (with ads) on Pluto TV: the theatrical cut of Stargate (1994), Stargate: The Ark of Truthand Stargate: Continuum. The service has both an On Demand section and a 24/7 Stargate Channel, and is available in more than two dozen countries.

tube: The feature film and both SG-1 movies are also available to watch for free on tube. You may see ads here as well.

At present, none of the three movies appear to be available commercial-free on the major paid streaming services.

The original film also does not appear to be available for sale at present. However the two SG-1 movies are available to rent or purchase from: iTunes, Amazon, Google Play, Youtube, Vuduand other retail sites.

Tea Stargate SG-1 films are sometimes also available for free via the hoopla digital service in the US, which requires an account through a participating library. To access this service you have to have a library card, and your library must be a Hoopla subscriber.

Video Quality: The Stargate movies are available to buy in both HD and standard definition.

Where to Watch: Tubi, Amazon (Rent or Buy)

Stargate Origins was originally released in February and March, 2018, as a 10-part Web series. It streamed exclusively at MGM’s official Web site, StargateCommand.co. Since that site went offline at the end of 2019, Origins is no longer available anywhere in this format. (Find more details on the site’s closure here.)

tube: In June of 2018 the series was re-cut as the feature-length movie Stargate Origins: Catherine. That is available to stream for free on tube.

Video Quality: Stargate Origins is available in both HD and standard definition.

Where to Watch: Tubi, Amazon

The 2002 animated series is not an official part of Stargate’s canon, and so it isn’t required watching by any means.

tube: You can watch the show for free online at tube.

Amazon: The series is also available online through AmazonPrime by purchasing the “CONtv” add-on service ($4.99 per month after a 7-day free trial).

hoopla also has all 26 episodes available to borrow. This is a service available only to public libraries — so you have to have a library card, and your library must be a Hoopla subscriber. Then you can “check out” episodes for 72 hours at a time, and watch them through mobile devices, a Web browser, and certain streaming apps. There are limits to the number of items you can borrow in a month.

Infinity ran for a single season and is available for purchase on DVD.

IS STARGATE ON NETFLIX?

Licensing rights frequently change. At present only Stargate SG-1 is streaming on Netflix in the United States. Bookmark this page for updates!

There are more than 350 episodes of Stargate … so get to it! Whether it’s your first time or your fiftieth, we hope you enjoy watching.

While you watch you can find deep-dive episode analyzes right here at GateWorld, along with discussion forums for every season and episode, cast and crew interviewstea Stargate Omnipediaand much more to keep you company along the way.

This guide is accurate as of the date listed at the top. If you’ve spotted a change on one of these streaming services, please take a moment and let us know.

Thanks to Heather for the tip!